Hailing from Baltimore, ALMS honors Maryland's rich heritage of doom metal with a swaggering, soulful sound that unselfconsciously spans decades and idioms. Their made their first, grand steps with a two-song demo released at the beginning of 2017. Having already made waves in their local scene, this demo would soon spread like wildfire amongst doom fanatics, and soon the ALMS name was on many a tongue. But alas, with the full-length Alms, that name will be on tongues worldwide.

Stomping forward across six BIG songs in a judiciously concise 34 minutes, ALMS quickly establish a mood of both merriment and portent. Theirs is a sound which culls the bluesy ruminations of classic Deep Purple, the wild excursions of equally classic Uriah Heep, and the dark thunder of Maryland forebears The Obsessed. And yet, that aforementioned soul and swagger soon take center stage, both allowing the doom chunder to loosely lumber whilst putting a particularly pleading-for-deliverance aspect upon proceedings. It's that eternal fire of the greatest rock music, especially in that pre-metal era of the 1970s, where fire and brimstone often coursed through rock 'n' roll, but near-equally pays homage to the heavy developments at the turn of the '80s. But all of this would be for naught if ALMS didn't have the songs to back it up, and indeed does Alms have SONGS.

Head to the void or to the pub, or both: ALMS will take you there (and back) with their self-titled debut album! 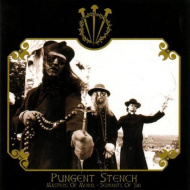 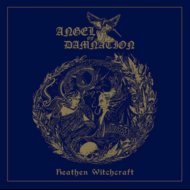 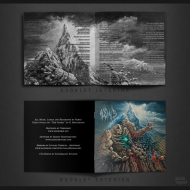