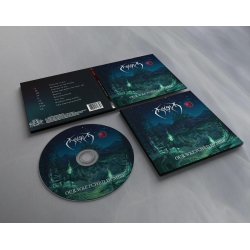 "Keiser was formed by drummer Geir Johansen and guitarist/vocalist Mikael Torseth in 2015 with the aim of making a unique brand of extreme metal together. This quickly resulted in the raw and primitive Ascension of Ghouls EP in 2016. The urge to do something bigger and more epic emerged soon after, and they started working on their debut album.

The Succubus was recorded in a week and was mixed and mastered by Johansen himself, and the band released The Succubus themselves in 2017 in true DIY fashion. This was a turning point for the band, as Johansen and Torseth were joined by guitarist William Aamodt and bassist Oddbjørn Haugen in the months before The Succubus was released. This enabled the band to start playing live and they soon built a small, but loyal following in the middle region of Norway.

Later in 2017, Haugen and the band parted ways and the band were joined by current bassist Jon Einar Hektoen. In late 2018, the band started to write and record a second album, their first album as a four-piece band. Instead of doing it as quickly and effectively as with The Succubus, the band decided to spend more time writing, recording and mixing to get the best result possible. The album is now finished, and the band can’t wait to release it."

CHAPEL OF DISEASE The Mysterious Ways Of Repetitive Art [CD]