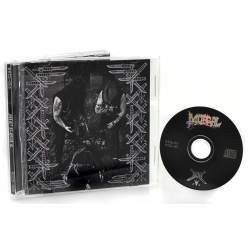 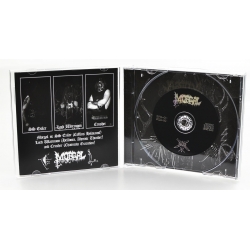 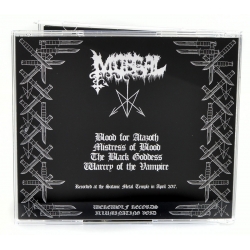 Zapytaj o produkt Poleć znajomemu Specyfikacja PDF
WEREWOLF RECORDS is proud to present MORGAL's highly anticipated new mini-album, Morgal, on CD and 12" vinyl format. Hailing from the forever-fertile Finnish black metal underground, MORGAL are one of that scene's best-kept secrets. With two of its members not even yet into their 20s, these ravenous young men have crafting absolutely electric, beWITCHing metal since their formation in 2014. To date, their releases have been incredibly limited or just plain impossible to attain - their debut album, 2016's Käärmesielu, was released in an edition of only 20 copies - but with Morgal, their wolfish cry shall now be heard far and wide. Fence-sitters and the false, your days are numbered.

Comprising a mere 15 minutes, the four songs making up Morgal are some of the most immediately exciting heavy metal of recent times, but draped in the velvety wings of ancient blackness. Each of these anthems literally explodes from the speakers with a rabid intensity and cocksure exuberance that are simply impossible to resist, each a hideous, hungry torrent of wild soloing, near-chaotically careening rhythm, and frothing-mad vox. They all exude the ageless wisdom of true black METAL - so ageless, in fact, that you'd be forgiven for mistaking Morgal as the work of very old men - but given...  more