The new OLD MAN GLOOM album "Darkness Of Being" (aka Seminar XI) sees the notorious experimental super-group forge on their legacy after a slight suspension in uncertainty following the passing of bassist/vocalist Caleb Scofield.  It was decided that the remaining members Aaron Turner (Sumac/Isis), Nate Newton (Converge), and drummer Santos Montano would continue to forge on with OLD MAN GLOOM and would bring in Scofield's former Cave In bandmate, Stephen Brodsky, to take Caleb's place amongst the pulse.

"Darkness Of Being" continues OLD MAN GLOOM’s shenanigans following their "Ape Of God" albums (the albums where the band trolled everyone by releasing two different albums with the same album title amongst bewilderment, amusement, and outrage from people on the internet).  Through monolithic sonic tapestries sewn throughout, "Darkness Of Being" blossoms as a moving tribute to Scofield where the band have even incorporated material that Scofield had laid down previously for new OMG music.  "Darkness Of Being", which was recorded and mixed by three acclaimed heavy music producers, namely Matt Bayles, Kurt Ballou, and Randall Dunn, is another towering OLD MAN GLOOM masterwork through earth crumbling riffs, post-hardcore brutality, sprawling noise transmissions, experimental ambient sonic subdivisions and epic impenetrable melancholy.

Track Listing:
1. Procession Of The Wounded
2. Heel To Toe
3. The Bleeding Sun
4. Canto De Santos
5. Death Rhymes
6. In Your Name
7. Your Love Is Bravery 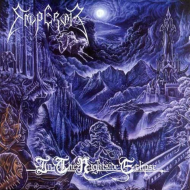 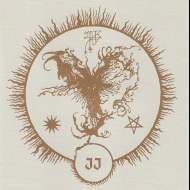 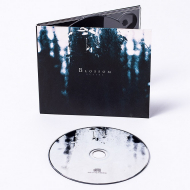