Since its original release in 1984, PILEDRIVER’s bolt-from-the-blue debut Metal Inquisition has found a legion of fans worldwide, over successive generations and spanning all stripes of metal. The album was the work of one metal maniac named Gord Kirchin, who became the selfsame “Pile Driver” so eloquently depicted on the album’s cover art, and a certain "Bud Slaker" - AKA Leslie Howe, whose resume did not include any heavy metal before nor after. Nevertheless, together the duo recorded a crude ‘n’ rude document of blitzkrieg METAL spirit, spit forth across songs that encompassed scuzzy speed metal and pounding traditional metal. The fact that the band was Canadian figured into this style of sound, as one could detect the likes of Anvil AND Exciter here.

Still, upon pressing “play” on Metal Inquisition and then submitting to it crushing-yet-cruising attack, you’re left with only one conclusion: PILEDRIVER are truly their own sound, and this is truly a one-of-a-kind record. Much of its magic lies in the seemingly unwitting balance between playing up to metal stereotypes AND celebrating them. Sure, Manowar was already making such a balance their stock-in-trade by then, but the atmosphere across Metal Inquisition – by most accounts “evil,” but just enough, or at least with a devilish sense of camp – puts the album in a parallel realm to those of contemporaneous Venom and Bathory. Likewise, even with the use of a drum machine, PILEDRIVER’s physicality could be fiercely felt in the searing-buzzsaw guitars and generous bottom-end, making the album literally one of the heaviest of the era. And, of course, THE SONGS: each one’s an anthem, as addicting as the last, with the bangers “Sex With Satan” (later covered by Marduk), “Pile Driver,” and the titular “Metal Inquisition” being stone-cold classics every true metalhead must know.

Taut and tight, the 37 minutes of Metal Inquisition DEMANDED repeat plays…and now it WILL DEMAND those repeat plays as SHADOW KINGDOM officially releases the album for the first time in over 20 years! The CD version will contain the full master of the album, including a “Crazy On You”-style intro to “Pile Driver” as it was originally intended, while the vinyl and tape versions will stay how they were in the ‘80s. ABSOLUTELY MANDATORY METAL MADNESS!!!
Pozostałe produkty z kategorii 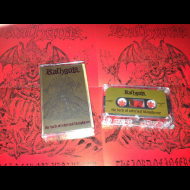 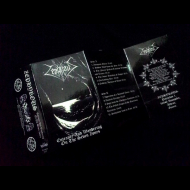 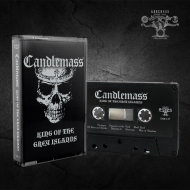